Anti-Corruption and Integrity in the Arab Countries project: Updates 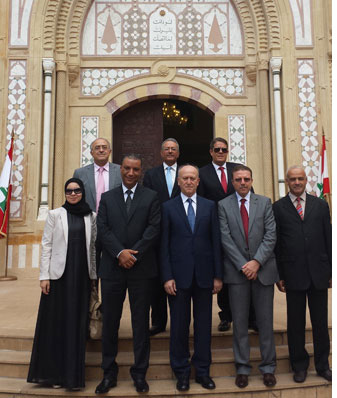 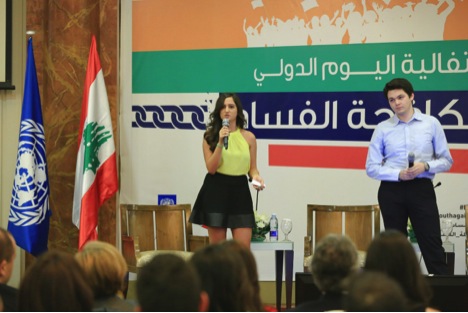 The Anti-Corruption and Integrity in the Arab Countries (ACIAC) regional project cooperated with the UNDP Country Offices in Jordan and Lebanon to raise the awareness of the youth and promote their constructive engagement against corruption.

In Jordan, UNDP worked with the University of Jordan and the Anti-Corruption Commission to engage students in the commemoration of the International Anti-Corruption Day under the slogan of “Jordan’s Youth against Corruption”. The campaign was structured around a contest for students to formulate and share messages that represent their views on corruption in Jordan. To that effect, a preparatory session was held at the University, with more than 600 students in attendance, providing them with background information on the contest and raising their awareness on related concepts and issues.

With 23 submissions, including caricatures, slogans, poems and articles, the results of the contest were announced on 9 December at a major commemorative event that was held at the University. It was attended by more than 800 participants including students and senior representatives from governmental and non-governmental bodies. The event featured official statements by the organizing partners and contributions by students including presentations of related poems and acting scenes and recitations of the Holy Quran. The campaign was accompanied by strong media coverage, namely through the national television and the University Campus Radio.

In Lebanon, UNDP worked with six university teachers to engage their students, hailing from various disciplines, in a series of outreach activities that were held in five leading universities including the Lebanese University, the American University of Beirut, the Antonine University, the Haigazian University and the Notre Dame University of Louaize. The activities reached more than 450 students, raising their awareness on corruption and the roles of the different stakeholders in confronting it, while also enhancing their own capacities to engage in constructive action against it.

Those activities culminated in a main commemoration event that was held in Beirut on 18 December, with more than 120 participants in attendance including students and senior representatives from governmental and non-governmental bodies. The event featured official statements and student presentations followed by an interactive discussion with a high-level panel comprising the Minister of Justice, a key parliamentarian and leading civil society representatives. The campaign was also active on social media and received strong coverage by news agencies and local television networks.

In both countries, key stakeholders agreed to replicate and scale up related activities in 2016 to reach more students and promote more sustainable platforms for dialogue between the youth and key decision-makers and reform advocates. 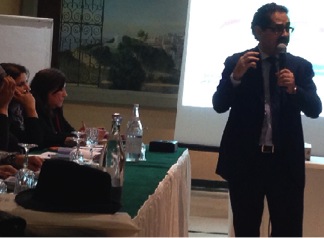 In Tunisia, the ACIAC regional project worked with UNDP Tunisia to hold a special session on the linkages between anti-corruption and the Sustainable Development Goals (SDGs), namely SDG 16 on “Peace, Justice and Strong Institutions”.

More than 50 participants joined the special session and were introduced to the SDGs and its added value as another international framework that promotes concrete action against corruption. They were enabled to develop a deeper understanding of their country’s commitments under the SDGs, and to identify avenues of collaboration to share and produce more reliable data on the progress of anti-corruption efforts in Tunisia, noting their dissatisfaction with the results achieved so far.

At the end, participants formed a network that would act as a participatory platform for monitoring the efforts aimed at implementing SDG 16 and the national anti-corruption strategy, which is expected to be completed in 2016. This would be based on a joint effort to formulate and propose specific indicators at various levels; collect and share existing data; and advocate the production of new data wherever needed.

Anti-Corruption for Social Equality: Breaking the Chain with Evidence from Viet Nam